While its true we'd only just had our July INVSOC potluck a mere 9 days earlier, Justin of Hellhound Hotdogs was in town for one night only, how could we miss this important night?  An Emergency Invercargill Vegan Society Potluck was announced!  All INVSOC badges throughout the world burned, and the Planteaters gathered!

While its true that the Hellhound Hotdog cart IS known to see that beautiful Brisbane sun... 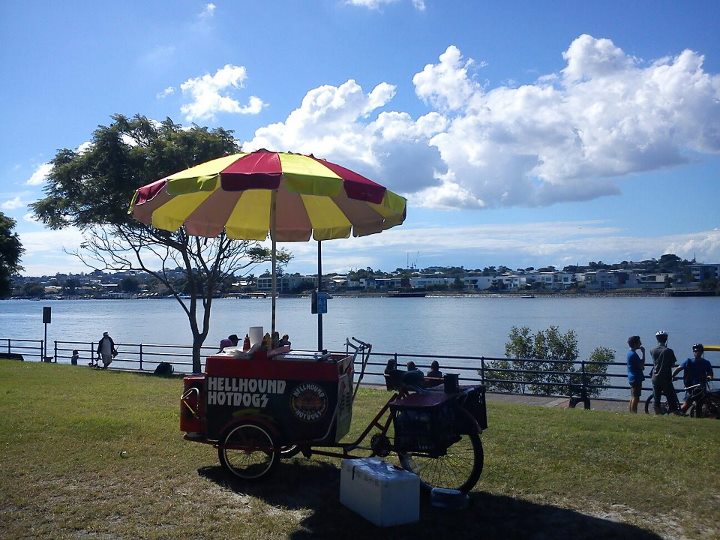 We nocturnal types prefer to think of Justin as out there hustling 100% vegan streetfood in dark alleys, cleaning up the filth on the streets, a man who stood up against the scum of late night Non Vegan streetfood! 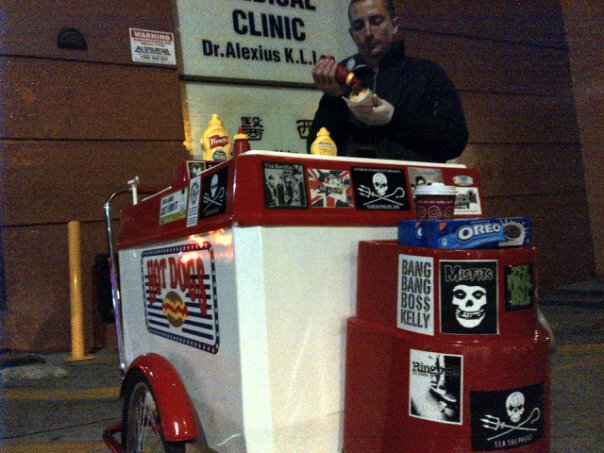 And hey, Justin cant be a bad guy, he's currently got an INVSOC sticker on the side of his cart! :-) 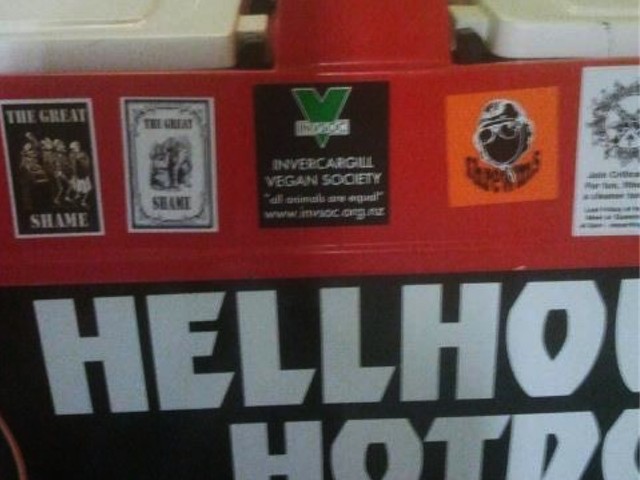 Dan, Jordan and Justin attended, with a brief cameo appearance from Kerri. 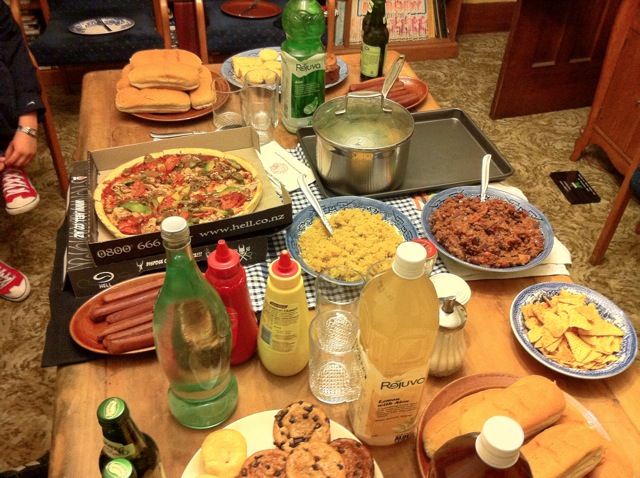 Hell Pizza brought along by Justin, as mentioned during my interview with him about New Zealands Hell pizza chain, and his own Hellhound Hotdogs. 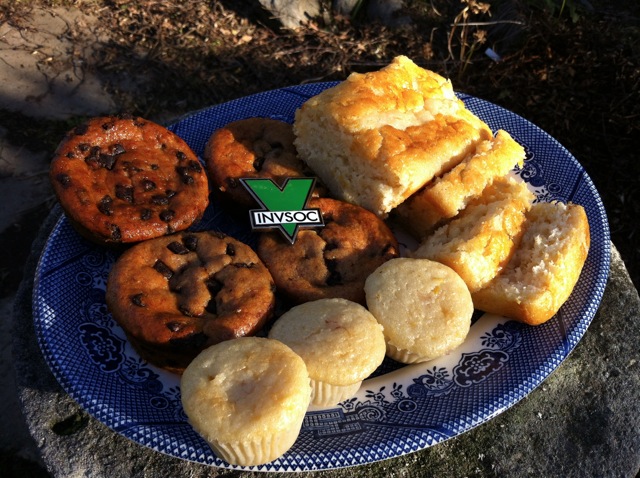 Searching for last minute supplies so Justin could recreate his famous hotdogs here in Invercargill, I noticed that Watties tomato sauce and Heinz Ketchup are essentially identical, made by the same company, same price, with the same red plastic bottle! 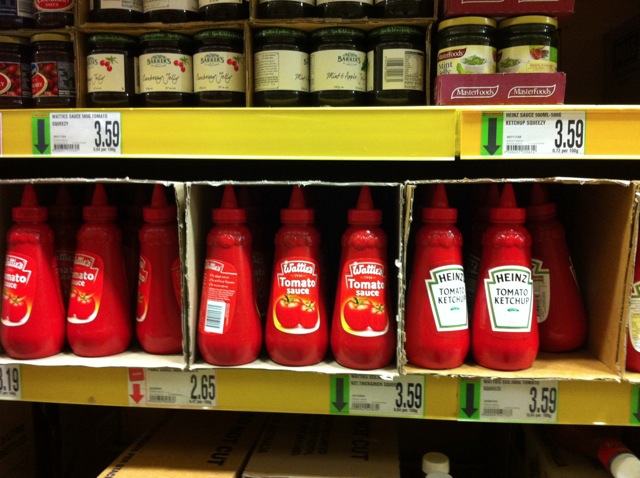 What to choose?  The Heinz ketchup to be all fancy pants Mr North Invercargill?  Or the good ol' New Zealand Watties, to show our Australian visitor how we do it in New Zealand? 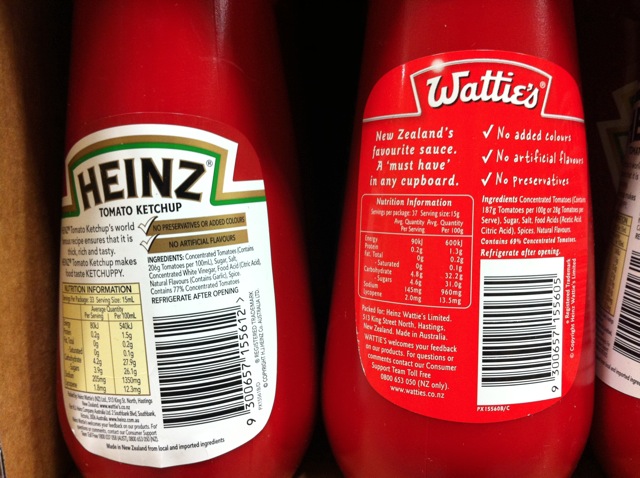 77% concentrated tomatoes vs 69%, I went with Watties 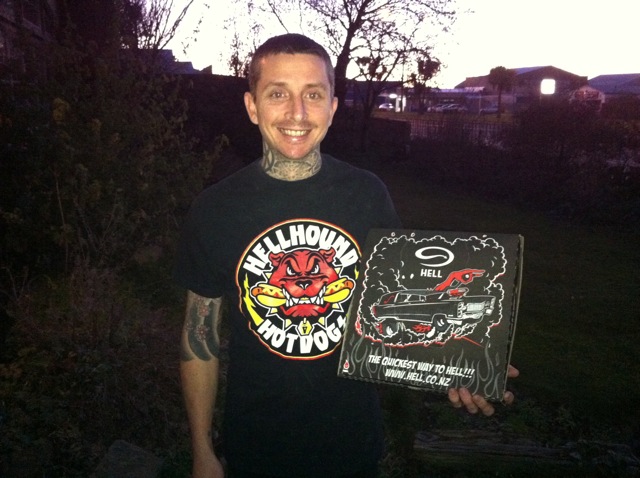 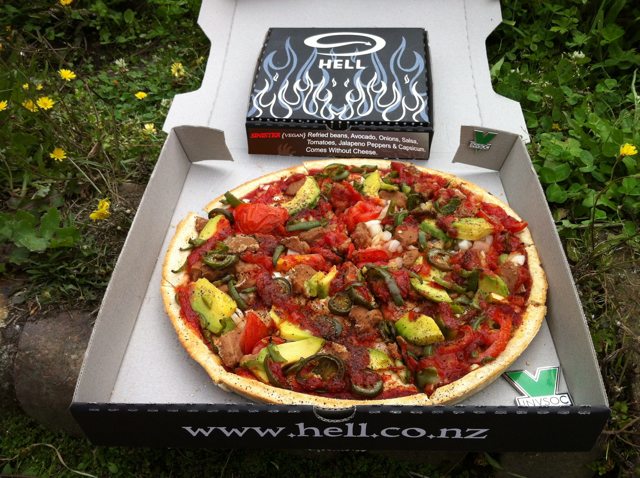 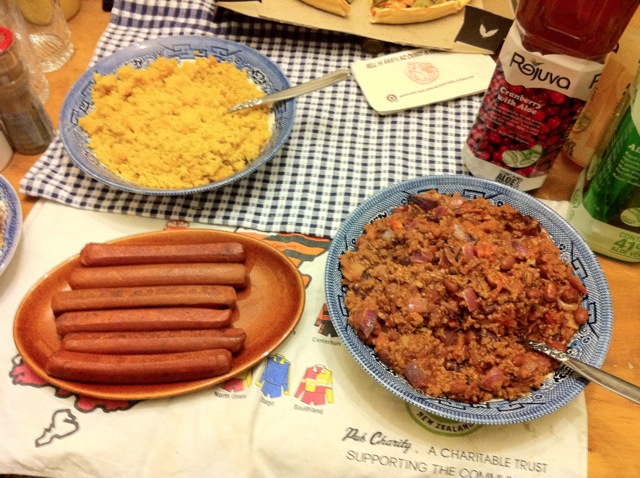 Dans Lentil Soup with Hell's "Sinister" pizza in the background. 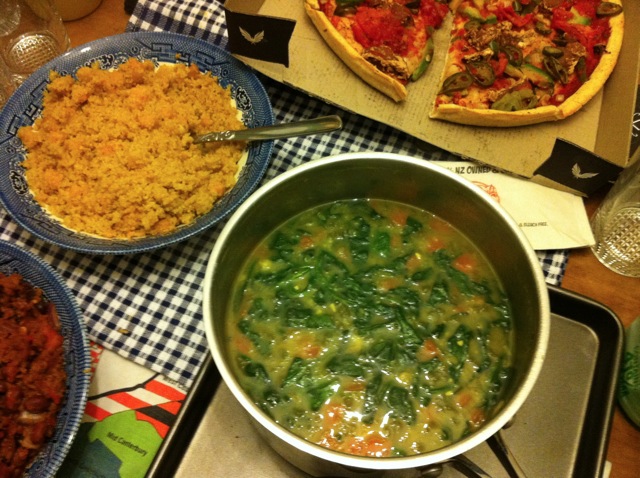 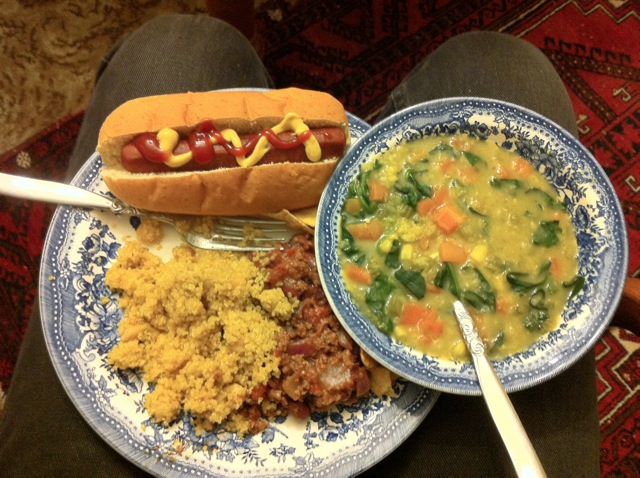 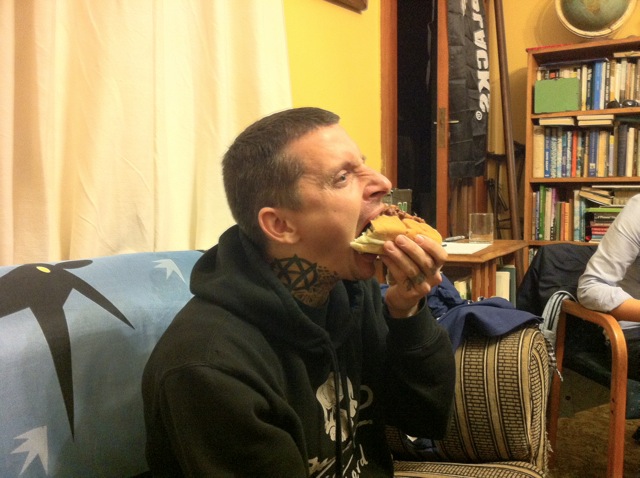 Justin shows how they handle hotdogs at Hellhound :-)


All in all, what a fantastic Emergency INVSOC Potluck :-) 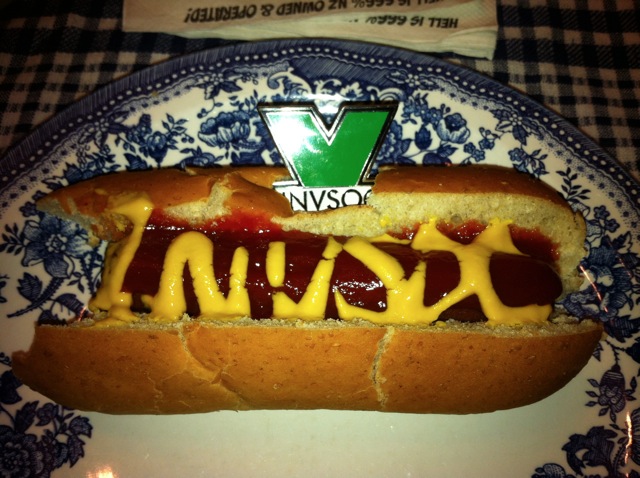 Day Three Trip to Bluff with Justin, Dan
Posted by JayWontdart at 10:31 PM