Today a strange envelope arrived at my work, I'd received second place in a vegan essay contest for new website Go Vegan  :-) 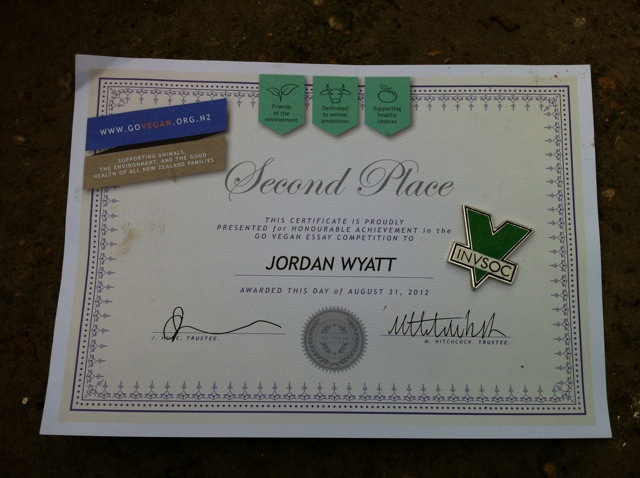 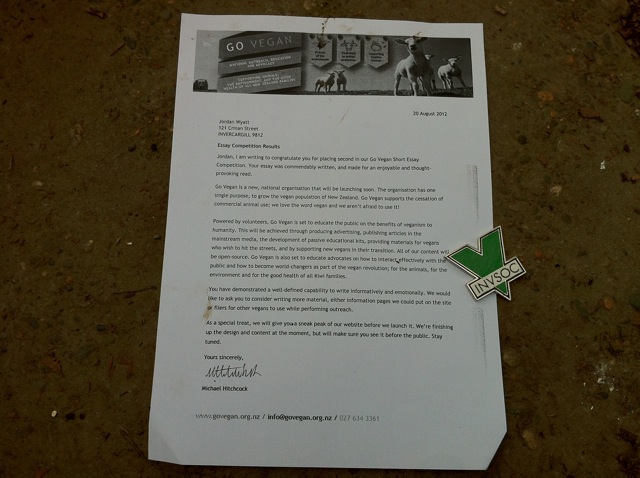 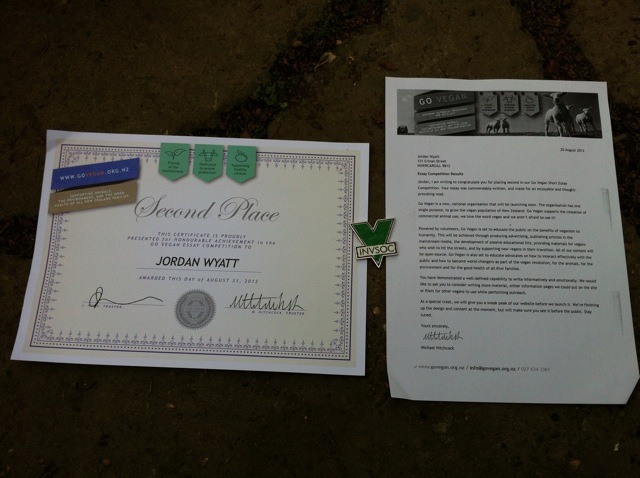 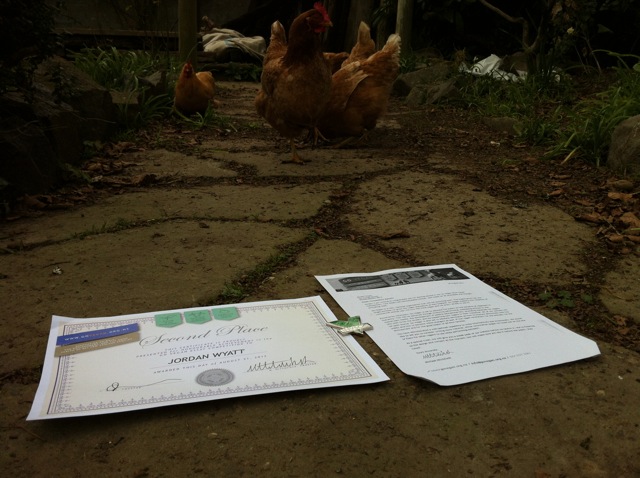 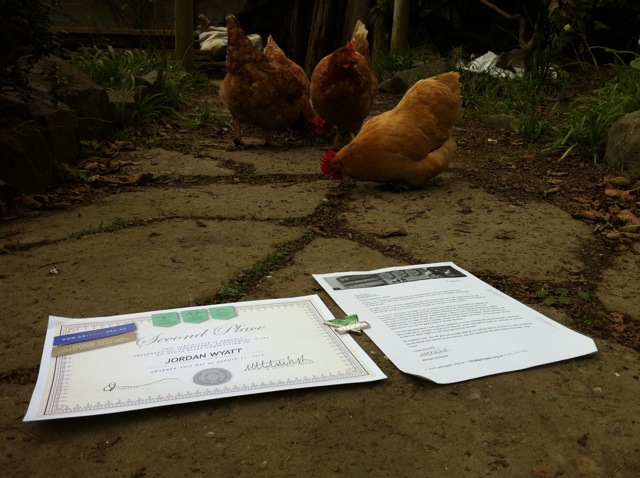 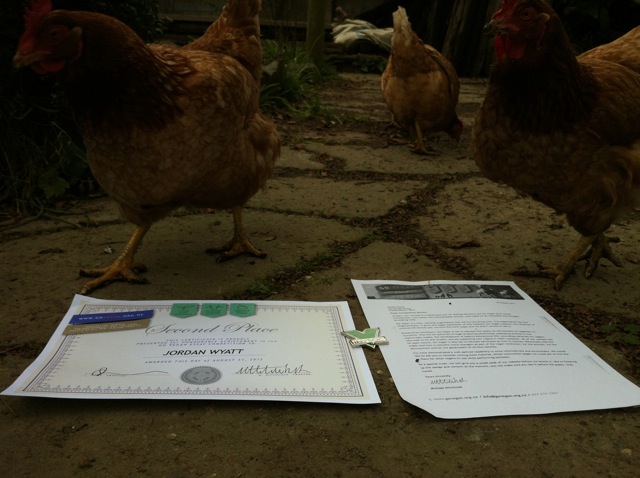 Curious Hen even did a hand stand! 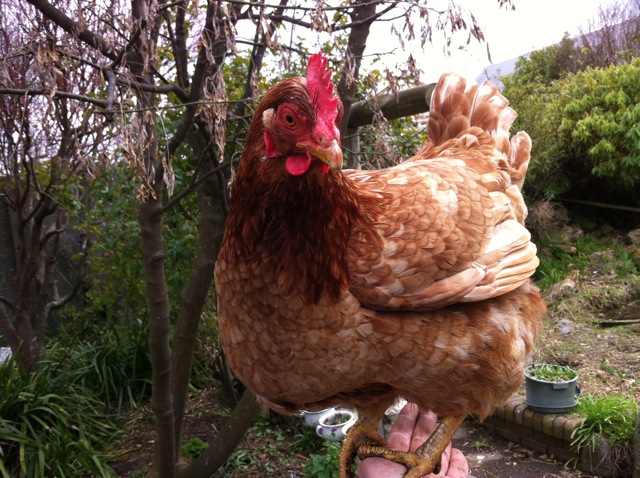 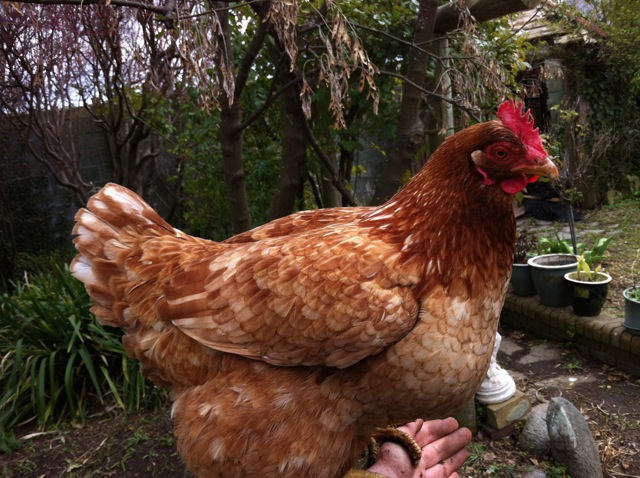 Go Vegan  should be launching sometime soon.... I hope to interview them on the big day :-)


"New Zealand Vegan Short-essay Competition:
We are running an essay competition. We invite you to submit an essay.
We are looking for moving, well-written essays by New Zealanders explaining why they are vegan, and the ways in which veganism benefits humans, animals and/or the planet.
Entries should be no longer than 1000 words long. The winning essays will be published on the upcoming website for a new, National vegan outreach project currently in development. There may also be an invitation to speak publically on the topic, and we would offer the winning essays for publication in the New Zealand Vegetarian Society and Vegan Society magazines. We would also offer the winning entry for publication in newspapers and magazines across New Zealand, Australia, the UK and the US. When you submit your essay you are giving us permission to do so.
Essays must be submitted by 31 July, 2012 to info@govegan.org.nz "


With not an hour to spare before the deadline was up, email sent at 11pm or so 30th of July, 995 words :-)
"Just five years ago, living here in Invercargill, I'd never really met any "vegetarians", and I *certainly* didn't know what a "vegan" was!  The only Vegetarians I knew in person were distant family members, from "The Far North" ( Christchurch ) and they were rather "alternative".  From extrapolating how you would die based on the lines and creases in your palm, sensing mystical energies in semi-precious stones and generally being a pain when ordering fish and chips from The Albatross takeaway while visiting Invercargill - "do they make small samosas?  how much cilantro do they add?" - they were always a little…….. "different"…….than what I was used to :-)
I attended Catholic schools, primary/intermediate, then high school.  Senior students at Verdon College were asked to "give up meat" each Friday during the religious festival Lent - I remember thinking this was a mad idea!  How could they *possibly* expect The Big Kids to give up the majority of their food?  What would they be allowed to eat each friday, a couple lettuce leaves with a garnish of grated carrot for flavor?


My father spent around a decade doing seasonal work in slaughterhouses.    Because of his left handiness, he was put to work on the disassembly chain cutting off the left sides of the animals as they swung past upside down.  My dad : a left handed cog in the vast slaughterhouse machine.


I grew up in a Non Vegan family, in a Non Vegan part of a Non Vegan Country in a Non Vegan world.  What made me decide to take the red pill, and learn more about the harm and death we inflict on Other Animals, to reject becoming a right handed cog at a local slaughterhouse?


The first time I can remember consciously realising how I felt was while watching horror movie Silence of the Lambs.  "IT rubs the lotion on ITS skin, or else IT gets the hose again", the way a human being, a human animal was treated as though she was merely a "thing", as though she were someone elses "property".   Her life did not belong to her, she was regarded as living property, living stock, she was "livestock", and talked about by her possessor as though she had no gender or independent life of her own, called an "it" rather than a he or she.  The character in the movie was valued only for her skin, which was to be preserved into what we call "leather", to be worn by a human being.  Growing up wearing, eating and using Other Animals my whole life, I suddenly felt like I'd known all along this was wrong, and that this was not who I wanted to be, this was not who I was inside.


When I was a little boy, sick in bed, my mother let me know we had baby chicks, that these tiny hens and roosters had hatched from the eggs their mother had made, that their father had fertilized, that their mother had laid and kept warm for weeks and weeks.  Photos show me in my bed, surrounded by my colorful duvet and these delightful baby chickens.  Its obvious to all the world that I loved these birds, my little friends, who would never cause any harm to anyone.
Yet I and my family still bought chickens someone else had killed and we ate their bodies.  We never considered how there was no difference between the chickens in the photos, beaming as I hold them in my hands, and all the other chickens we bought from Killing Friendly Chickens or our local supermarket, or their eggs which were taken from Hens, or what happened to the male chickens who would never lay eggs for the farmer.  We didn't think, we just acted like everyone else did.


Since becoming Vegan a few years ago, I feel like I'm the person I've always been inside, on the outside.
I started the Invercargill Vegan Society (INVSOC) to offer support to others who perhaps felt the same way I had, who wanted to be Vegan, or who had been Vegan and wanted to be part of a local community.  We hold monthly Vegan potlucks which all are welcome to join, and they are simply fantastic, it really is incredible what a group of friends can accomplish.  We share recipes on our website, and vegans around the world have sent in photos with their honorary member INVSOC badges.  We share these as our "We Are INVSOC" project so that you can see Vegans are all shapes and sizes,in all countries.  People who are exceptionally nice, and who wouldn't be a hassle with questions of how much "cilantro" were in the takeaway "samosas"! :-)
I started INVSOC by myself, "the only vegan in the village", having never met another Vegan in person.  Now, I'm in contact with the dozen or so Vegans here in Invercargill, New Zealand and the world each and every day.  Veganism has grown rapidly in the last few years, and its exciting to meet new Vegans, and to see Veganism now mentioned in mainstream New Zealand news and television shows :-)


Its as easy to be vegan as not, instead of buying milk from cows made pregnant to keep their female bodies producing mammalian milk, I simply reach for the Soy Milk on the same shelf as the cows milk, goats milk and sheep milk.   Its easy to wear clothing not made from Other Animals.  We have sausages and burgers, they're made from plant sources, are easily available at any decent supermarket nation wide, and taste great!
Its lovely to know that wherever you live in New Zealand, there are now other vegans online and/or in person interested in friendship and support while we tell the truth about how we feel towards others.
We promote compassion and respect towards those smaller, larger and even medium-er than ourselves, as vegans, as Human animals.


And I still love my Chicken Friends." 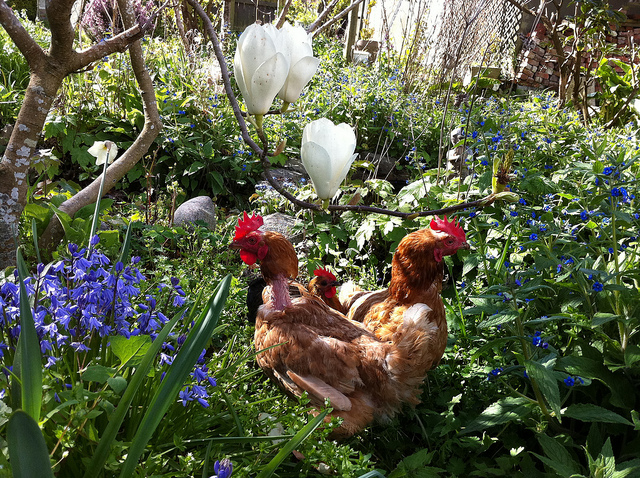