Have you ever heard "Atheists know more about religious than most believers"?

I believe most Vegans have learnt more about "Animal Agriculture" than Non Vegans who pay for animal flesh and bodily secretions, skin etc.

I was sent some screenshots from a local New Zealand farmers group on Facebook.

They start off laughing about sending baby male calves to the slaughterhouse (because they cannot be forced into a pregnancy through artificial insemination, to then produce milk over and over again), about how you can save money by dumping male animals off at the slaughterhouse yourself, hurray! 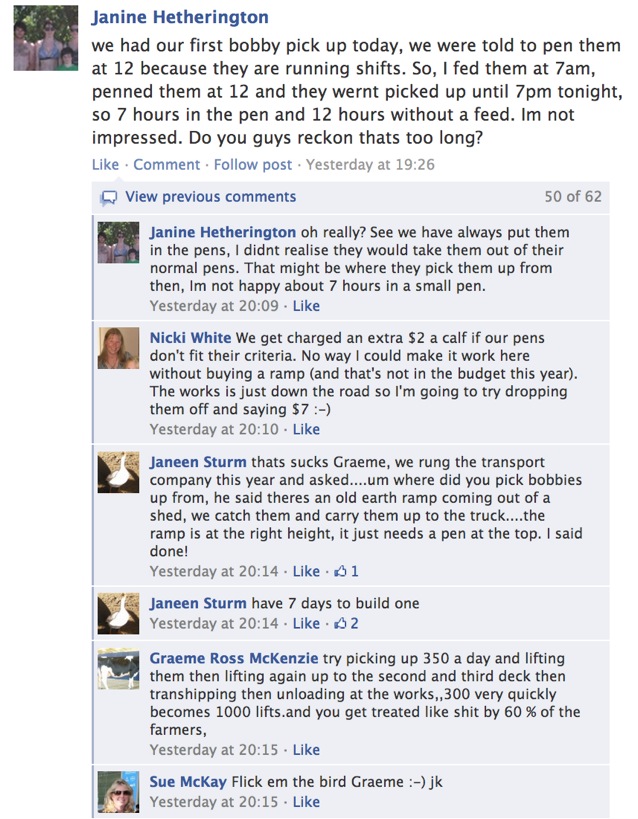 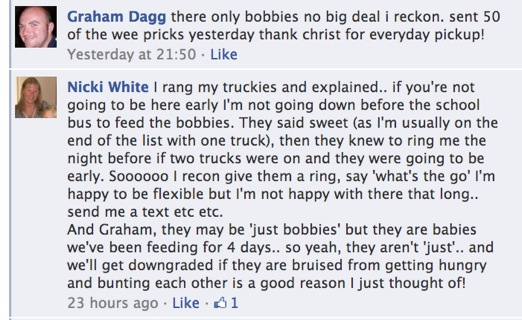 Comply with those wretched regulations because you'll make more money if baby males are less bashed and bruised on slaughterhouse arrival!


Its tough being a farmer, you have to deal with animals who make noise, those pesky "IT's" !!! a "damn THING" 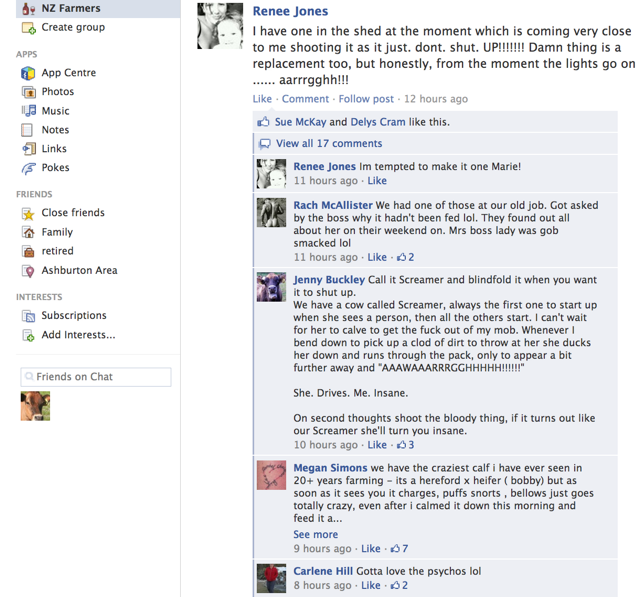 Finally, bizarre "sex toy probes" to "pacify livestock" while we take their milk from them.  Artificial Insemination is just as....physically invasive to the same area, actually more, but these "pacifying probes" are a daily implement which we're told are "awesome"
Coexisting With Nonhuman Animals "Graphic Artificial Insemination Video from Irish TV program"

Male animals "have hormones that mess up the taste of their muscles!", so farmers cut off or remove their testicles while young, to prevent hormone release. 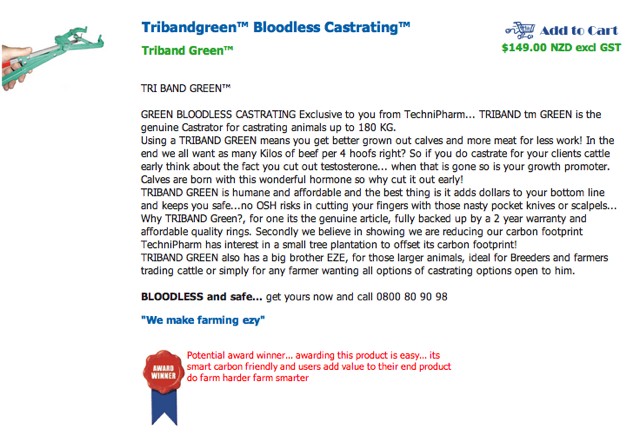 "....for any farmer wanting all options of castrating options open to HIM."

What about female farmers?  Rather old fashioned to be male-centric in our writing, eh? :-)

Its most surprising to think of women performing Artificial Insemination on female animals, to force another female into pregnancy, where her child will be removed and killed if male, or enslaved if female.  All to keep the breast milk pumping, milk is made by mother mammals for their children, we do not continue making milk unless its needed.

In this example, putting rubber bands around testicles so they have all blood supply choked off, and drop off, do men not wince themselves when realising the link between someone doing this to a male nonhuman animal, and their own testicles?

Who dreams this stuff up?  WHY would we want to harm Other Animals?

Drink plant based milks, available at a supermarket near you, go Vegan :-)
Posted by JayWontdart at 12:23 AM