Curious Hen was ill this morning, when I opened the Hen House door, she was still perched up high, she hadnt flown down to the floor.  Barely moving, just standing still by herself, I gave her some of my emergency supply of antibiotics, made sure she was ok, and left for work.

Coming home, she was better, outside with the other hens, but not eating.  She wouldnt move much.  My friend Desmond gave me a ride to Vetsouth, Curious Hen in a box used for carrying bananas to supermarkets :-) 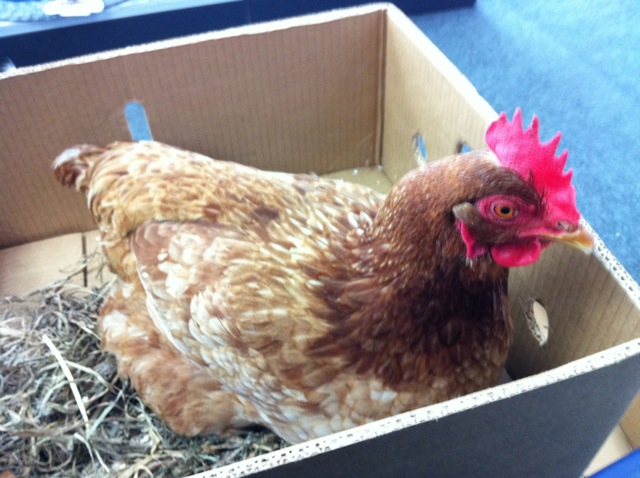 At the Vet clinic, she was very well behaved, even while sick.  Look how lovely she looks here, as shes being weighed to calculate antibiotic dose.  Tracey the vet mentioned how large she was, 2.4 kilograms :-) 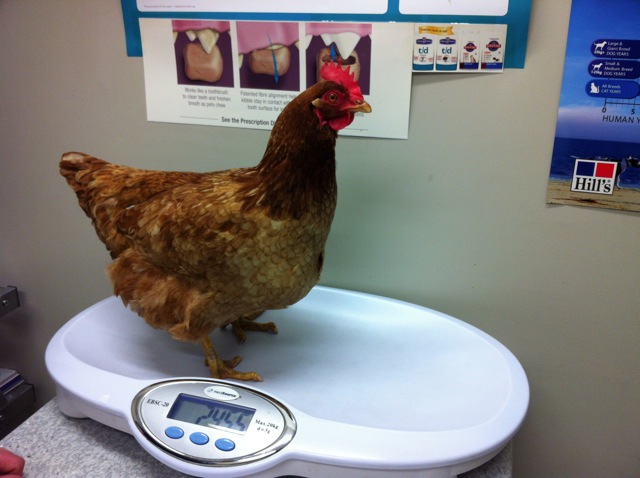 She had an injection, and was sent home to recover.  I walked home from Yarrow Street with her in the box, plenty of air coming in for her, as she looked out through one of the handle holds.

The Hens like to be in the dark of a closed box, it keeps them calm being in a small, dim space.  Imagine how big the world would seem to you if you'd lived the first ~18 months of your life away from your mother and father, growing from an egg in an incubator, then kept in a cage with a few other strange Hens.

From there, after being rescued, you'd spent your whole life in the backyard of a friendly local Vegan.  Curious Hen wouldnt be used to cars, to bikes and traffic signals and people talking on their cellphones as they walk past.  She preferred to stay in a corner of the closed box, able to look out through a hole when she felt like it.

Without the antibiotics this morning, Curious Hen would have stayed on her perch, not able to move.  Presumably she would have closed her eyes, become paralyzed and died.  The antibiotics in the morning meant she stayed alert, eyes open, but she was barely moving.  When I came home today, and gave them all some oats, she hobbled towards the food along with the other Hens, but wouldnt eat when she was there.  Instinct and habit, she wanted to eat, but couldnt.

Taking her to the vet, Curious Hen wanted to stand still, and not move.   She received a direct injection (the vet told her "its just a tick", I asked, concerned if she actually had lice, and was told that the vet tells ALL nonhuman animals that "its just a big flea, its ok darling" etc to hopefully keep them calm, or their caregivers calm :-)  Curious Hen is pest free.)

Stopping on the way home so she could have a rest from being moved, I took her to the Otepuni Gardens. 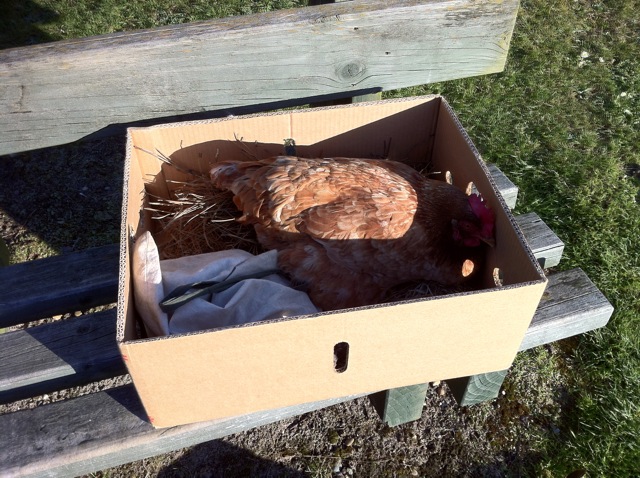 Where she got to meet the Invercargill Vegan Society World Vegan Day 2011 tree! :-) 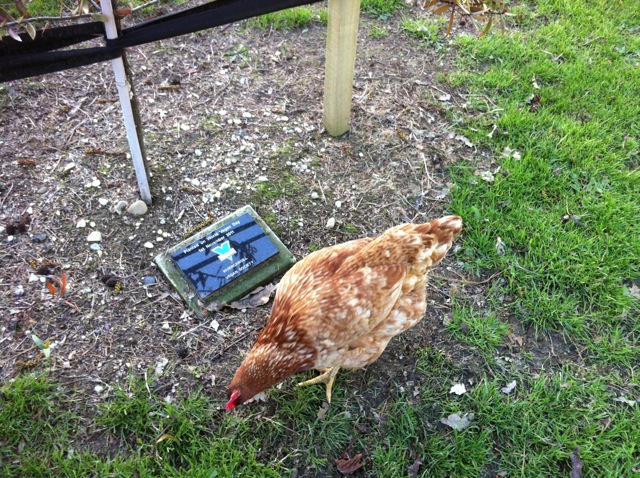 She barely moved in these photos, she walked about a metre in total.  Alert, eyes open, but she is still recovering, thanks to the antibiotics. 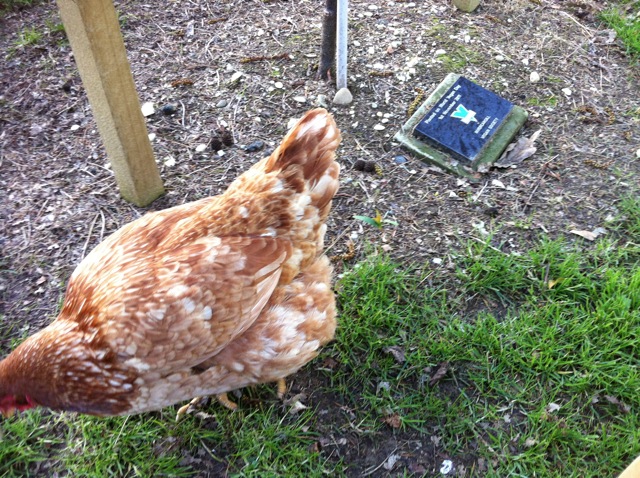 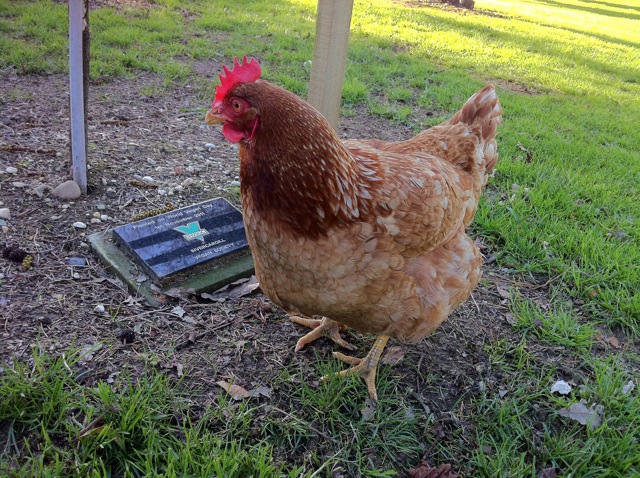 Curious Hen is safe at home, and she should be recovering well.