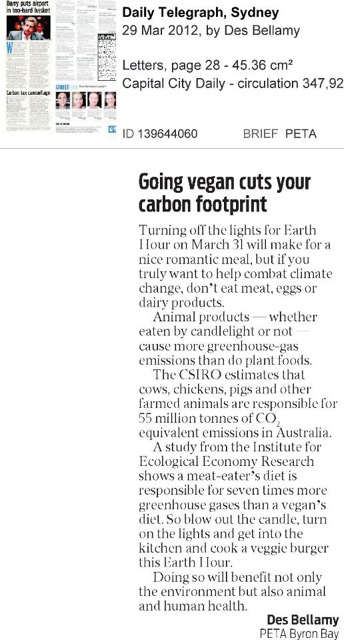 Well!  That got the attention of Our Friends At The "Meat" Council, "Beef + Lamb New Zealand", who claimed it was an attack on our national tradition of killing Other Animals and was highly unpatriotic to be Vegan! 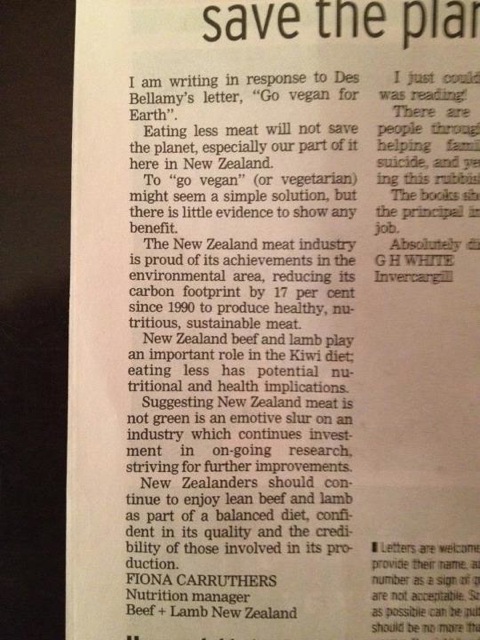 ***UPDATE***  Seems the New Zealand Cancer Society disagrees with Fiona, Nutrition Manager of our "Meat" council, that animal flesh should be greatly reduced as much as possible, for *health* reasons!

Ha, well, I couldnt let that go unanswered!  Another letter was published in defense of being Vegan too


The next day, we received two replies 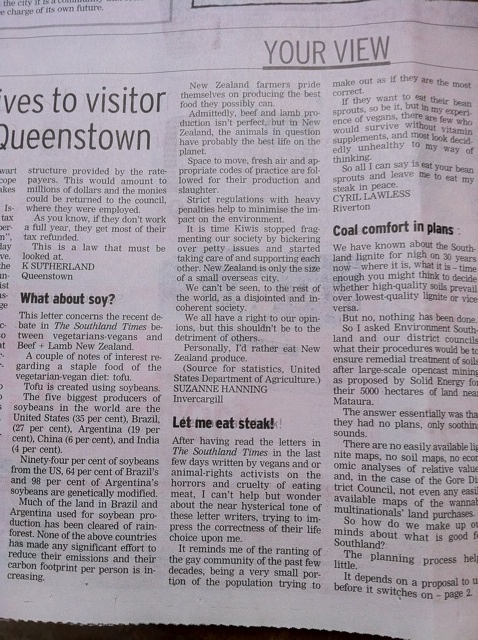 So, I replied to both, another Vegan in Australia had replied addressing points on Soy, so that part of my letter was "abridged", not included.  Jeny made some great points!  I focused my letter tongue in cheek on the usage of the term "near-hysterical", claiming that it was emotive and sensitive to *not* be for killing Other Animals.  I felt the previous letter had a homophobic angle to it, which I addressed:

One last letter from a local Vegan, plus a religious believer expounding her beliefs about flesh 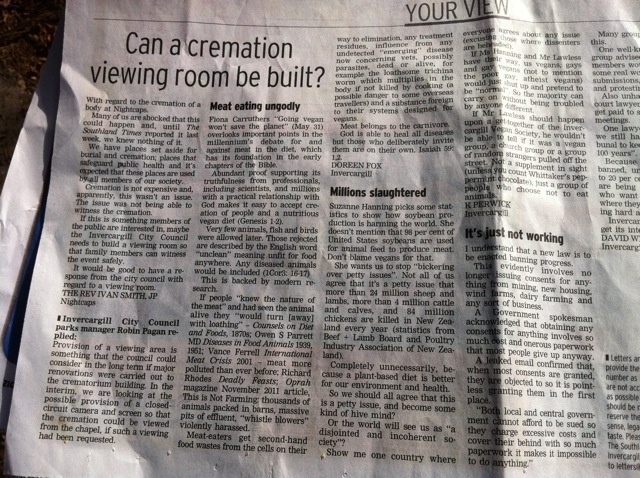 We were very glad to have our letters promoting Veganism included in the local newspaper, so I decided to do some baking as a small sign of thanks, I dropped a few Banana Chocolate Chip muffins off at The Southland Times reception :-) 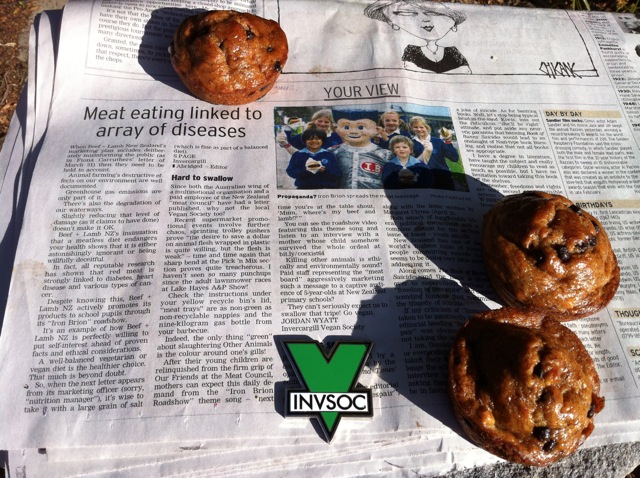 Five years ago, I dont remember ever hearing or seeing the word Vegan, the more we can get it out there, in podcasts, online, in printed newspapers, the more exposure to Animal Rights there is, the closer to a Vegan world we get :-)
Posted by JayWontdart at 12:15 AM