Our Invercargill Vegan Society October 2012 potluck was held at Katharines house for a change!  Special guest Anna from the Christchurch Vegetarian Centre was down for two nights only. Katharine had to be home tonight, dogsitting, so would have missed out!  We couldnt have that, so if the Katharine cant come to the potluck, then the potluck must come to the Katharine :-) 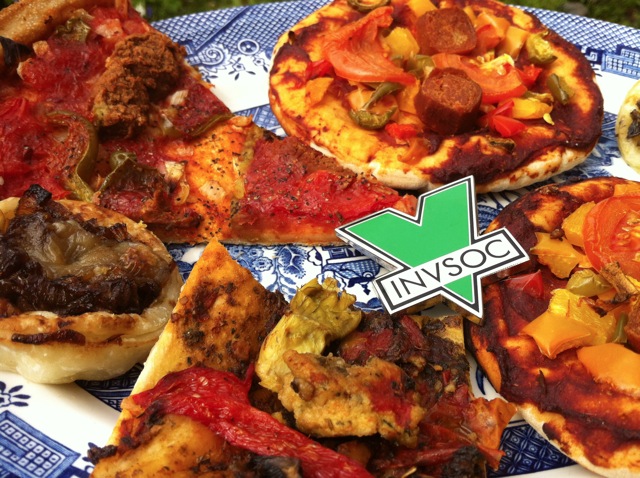 Audio recorded at the potluck.  Feel free to click play and look at the photos while you hear what we all brought :-)


We were told to follow the path of balloons inside :-) 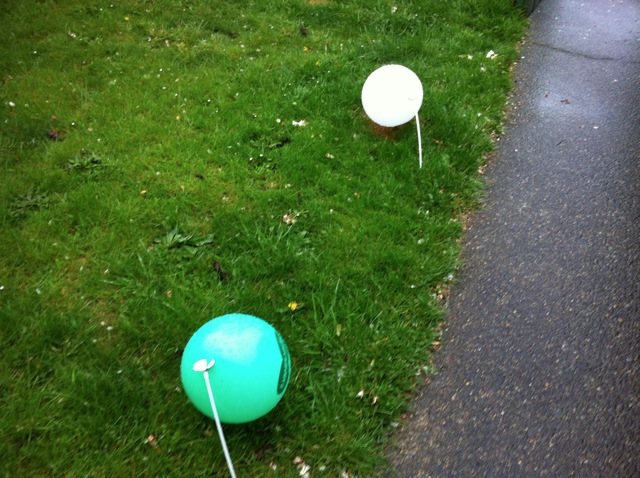 "Icing On The Quake" is a fundraising cookbook for the Christchurch Vegetarian Centre, to help with damage caused by the Canterbury Earthquakes.  Anna kindly signed a couple copies for INVSOC :-) 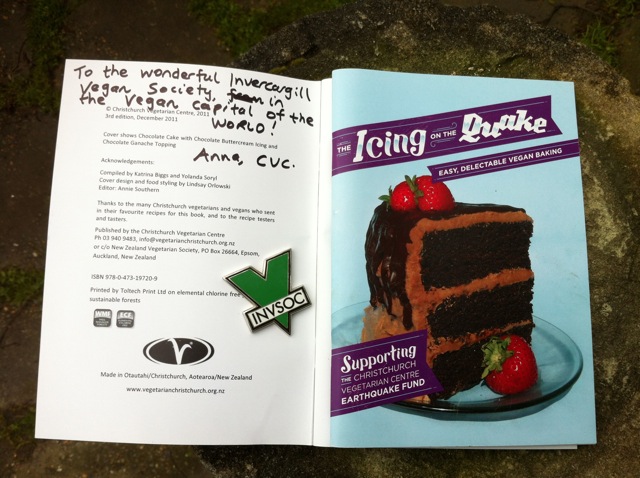 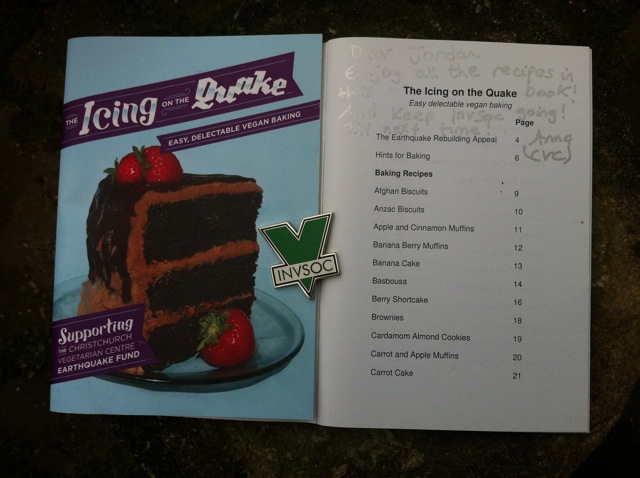 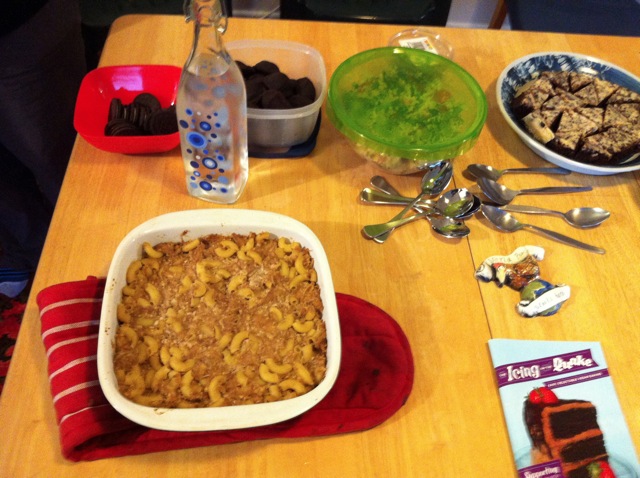 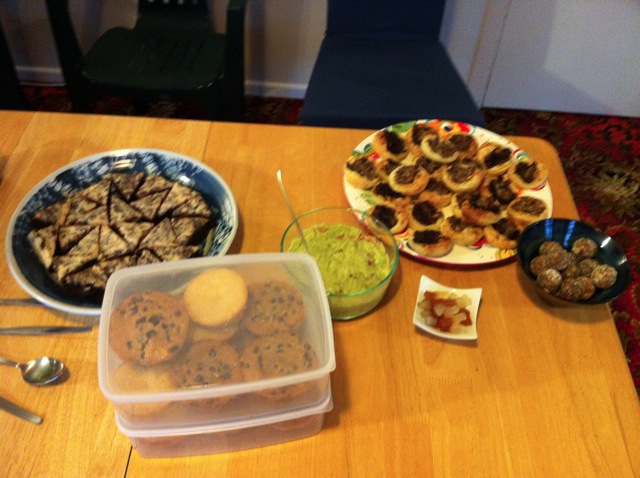 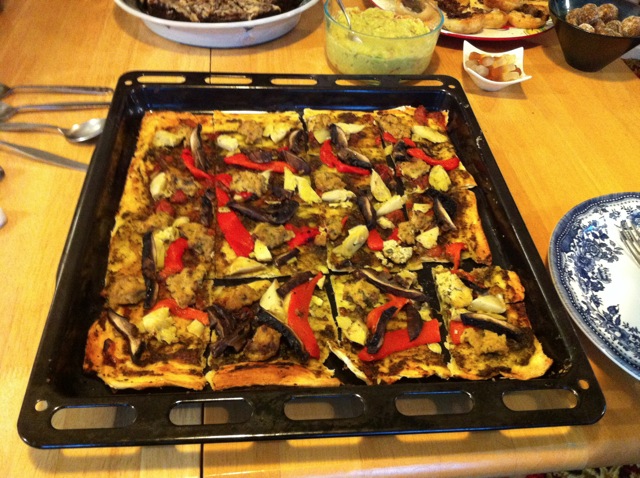 Russell told me in advance (twice!) that he was making Pizza for this months potluck.  We tend to bring the same exact thing, some kind of Aleisha-Sophie like twin connection.  Go figure!  As my idea of a joke, I decided to not only make Pepper Pita Pizzas, but also to order a Hell pizza, the "Sinister" which is proudly vegan. 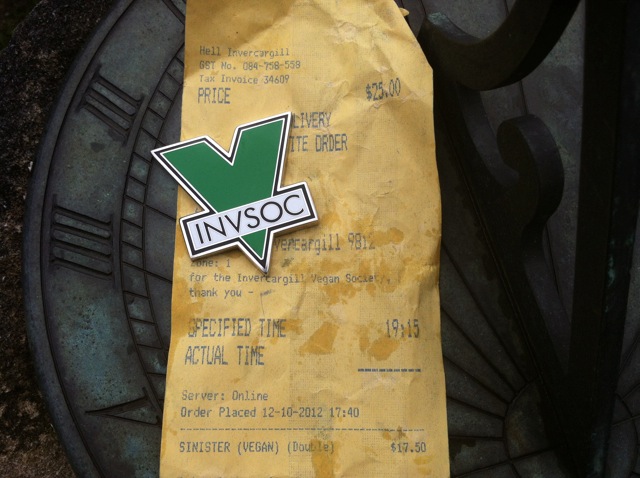 I ordered online, and set the delivery time for 15 minutes into the potluck, sent to Katharines house :-)  We saw the delivery guy with big insulated Pizza bag going to the wrong door of Katharines house, with a wave, I sent him the right way.  "Hey, who ordered a stripper-gram?" 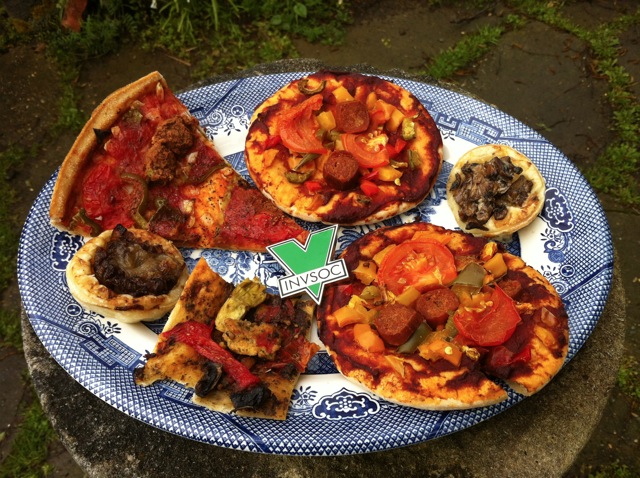 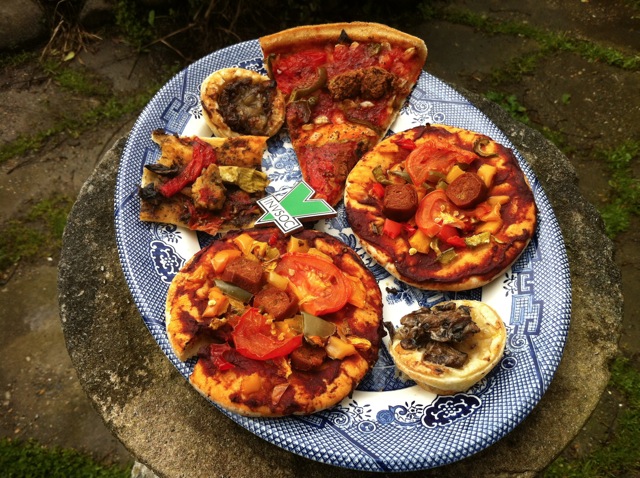 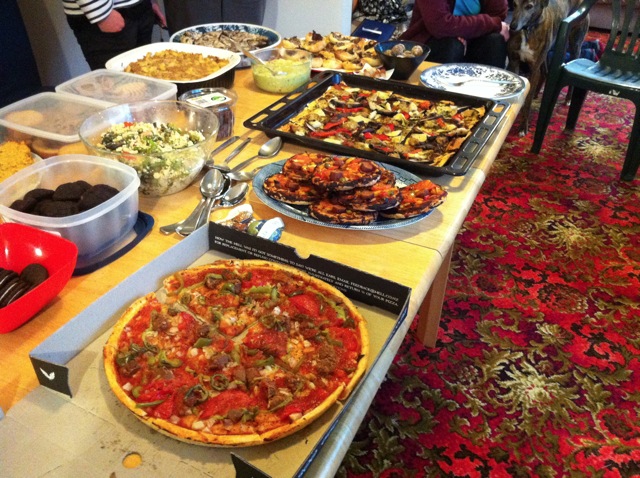 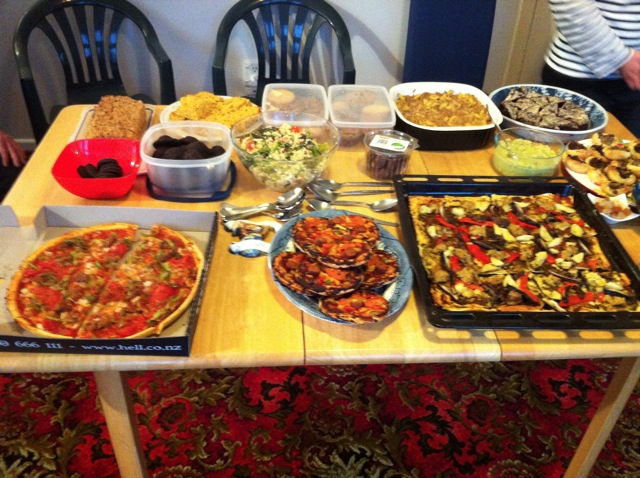 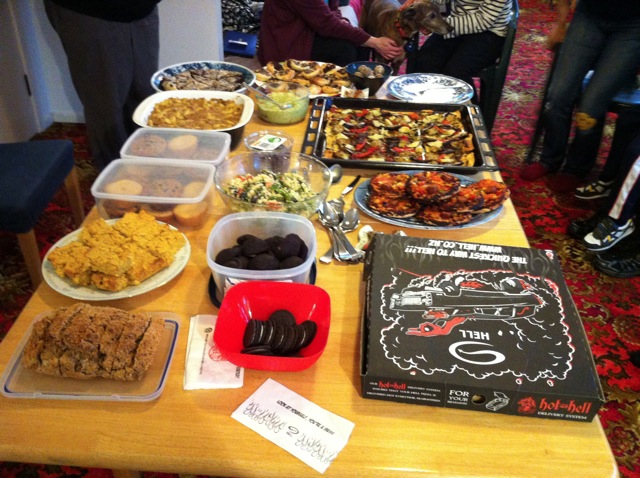 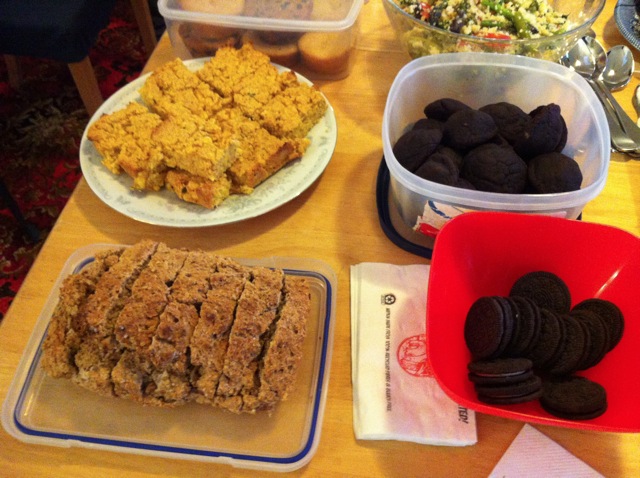 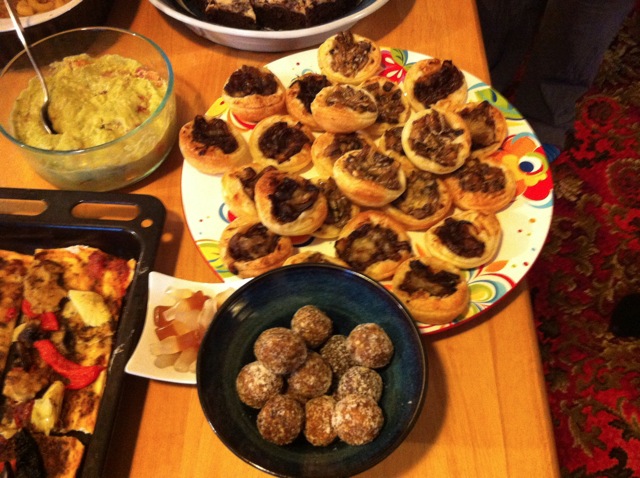 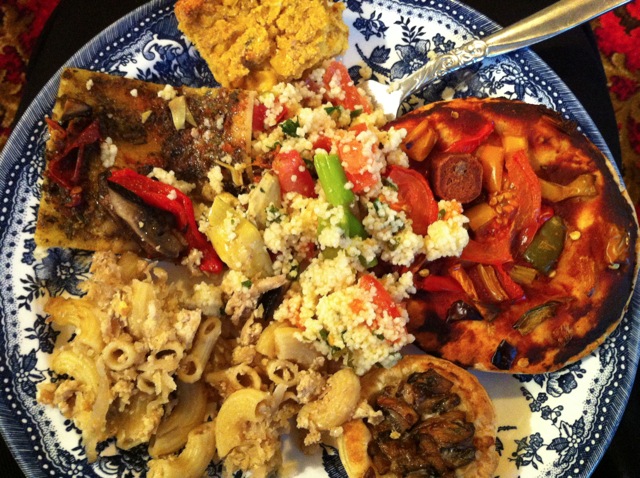 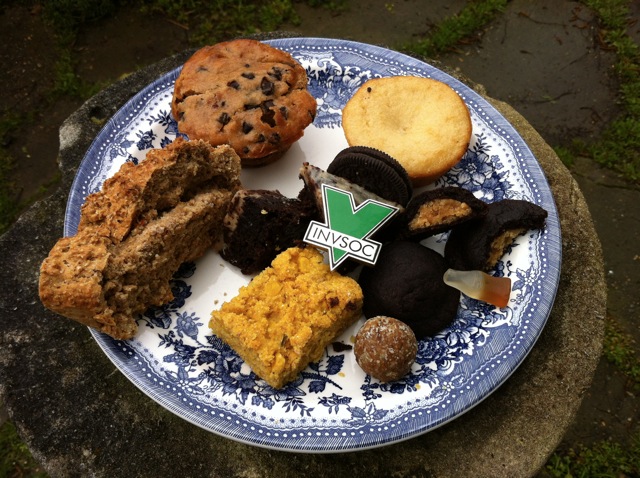 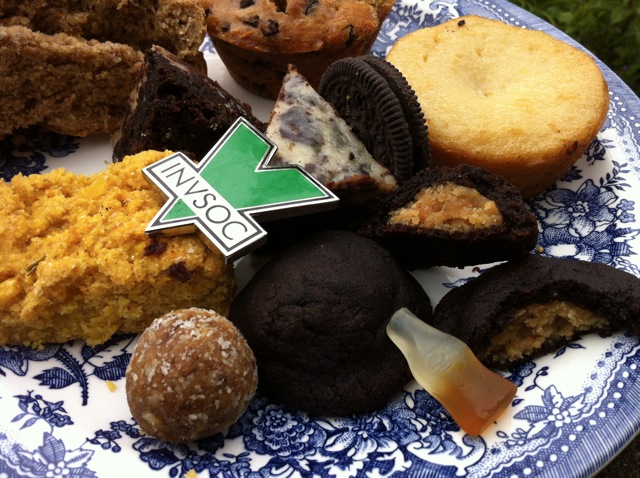 Katharine cares for two Greyhounds.  Because of their long, lean bodies, they greatly prefer having their water bowls raised off the ground, like this!!! :-) 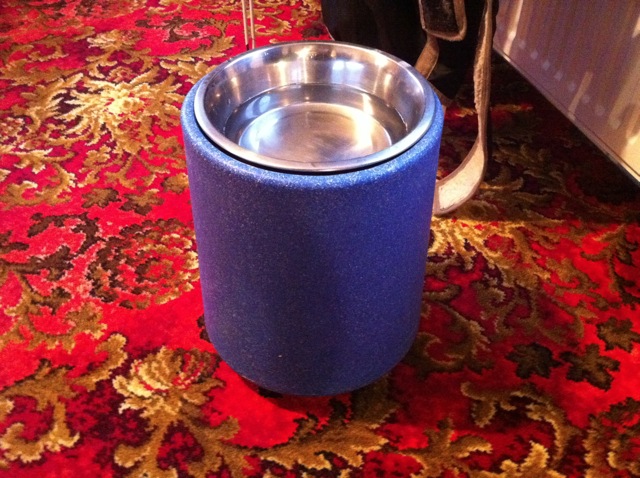 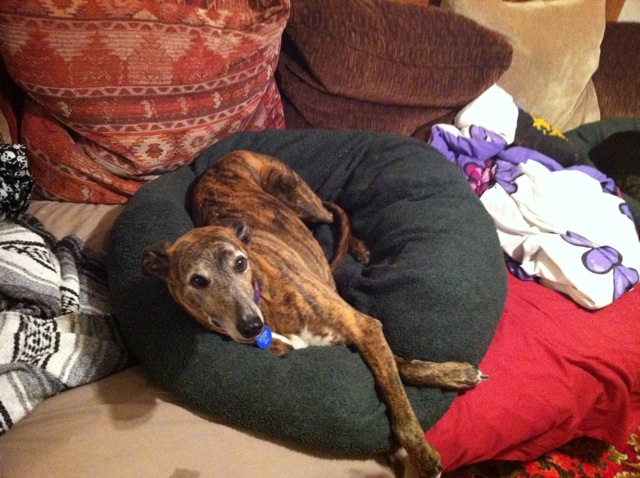 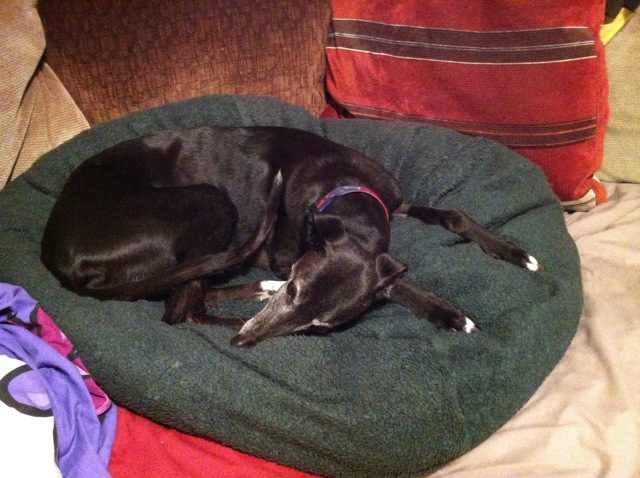 What a great potluck, thank you for being a terrific host Katharine!