From The Bodies Of Babes : What We Do To Other Animals

The things we do to other animals:


"Tailing" lambs, cutting their tails off "to prevent infection" 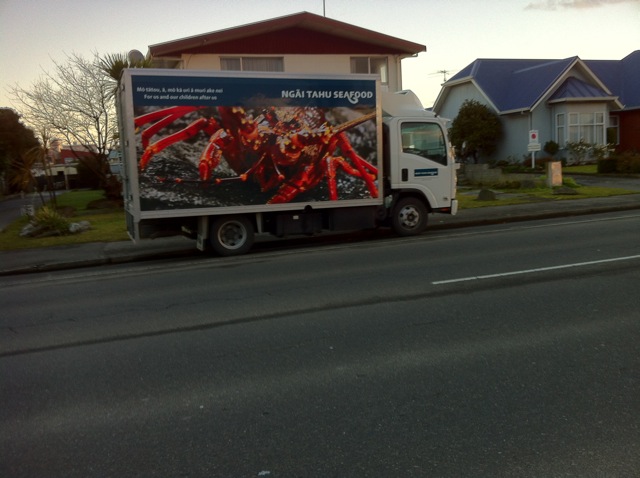 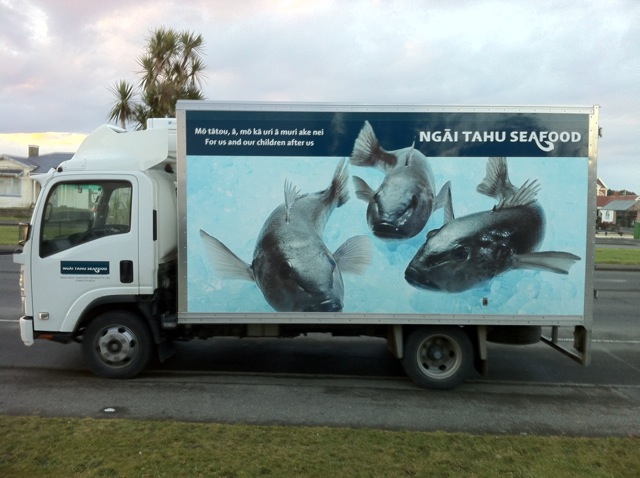 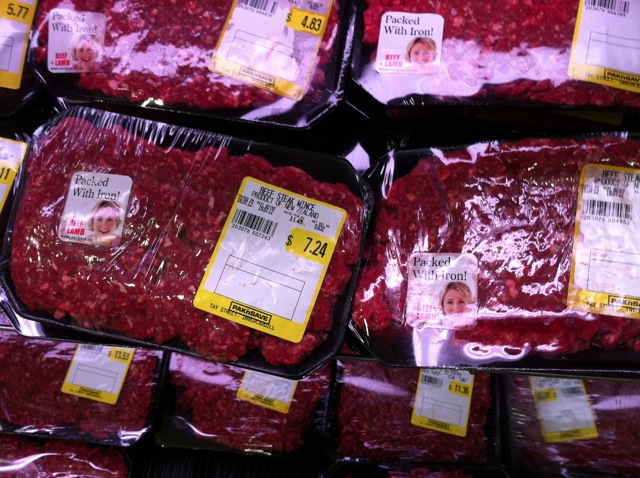 At Pak n Save supermarket, "Packed with Iron!" we're told by "Beef + Lamb", the New Zealand "meat board".  They're also so "packed" with blood, its seeping through the plastic wrap.

Featured "Sports Ambassador" olympic medal winning cyclist Sarah Ulmer, "Beef + Lamb" use several all female athletes for their campaigns, apparently going for the "women are more likely to go vegan than men, lets reinforce that women need iron and that they can only get it from buying our product" angle


"We Love To Boogie", by T Rex, lead singer Marc Bolan was Vegetarian - currently spinning in his grave!


My friend Sam Tucker made me this shirt in response :-) 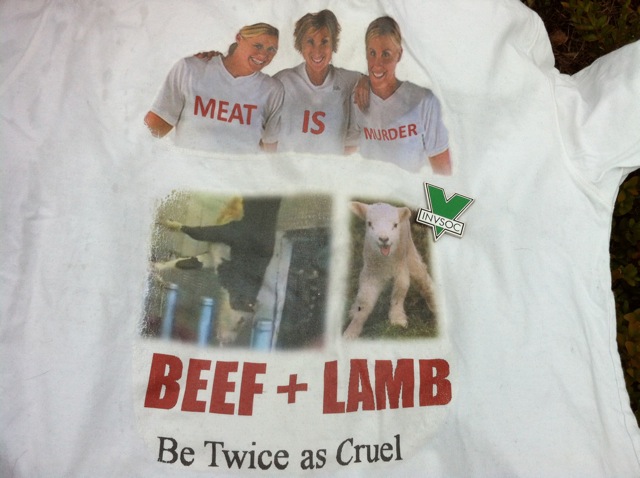 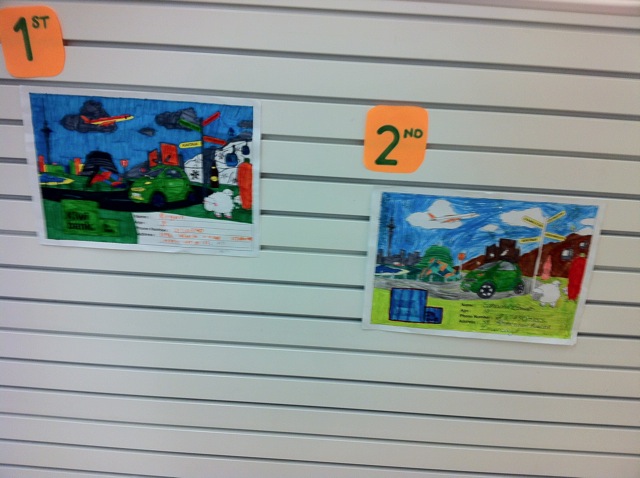 A colouring competition by government owned bank Kiwibank, where we're shown essential New Zealand - the Skytower in Auckland, the Beehive parliamentary building in our capital Wellington and skiing in Queenstown, alongside a prominent sheep.  More accurately for the post 2000's would be a "dairy" cow, monopoly Fonterra is now the countries largest company. 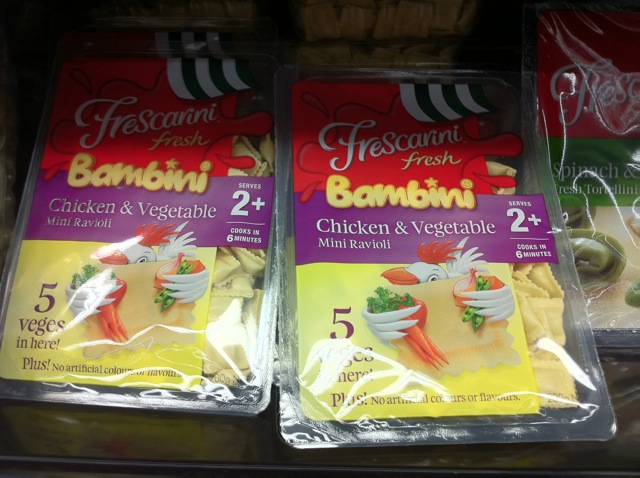 Pasta aimed at children, the speciesism begins at an early age: "hee hee, I'm a duck looking Chicken!  I'm hiding inside too, with the 5 "veges"!  This is fun!"

Looks like an entry for Suicide Food, animals depicted as wanting to be used in Non Vegan ways.

It all makes you want to leave some Vegan information at the supermarkets community noticeboards :-) 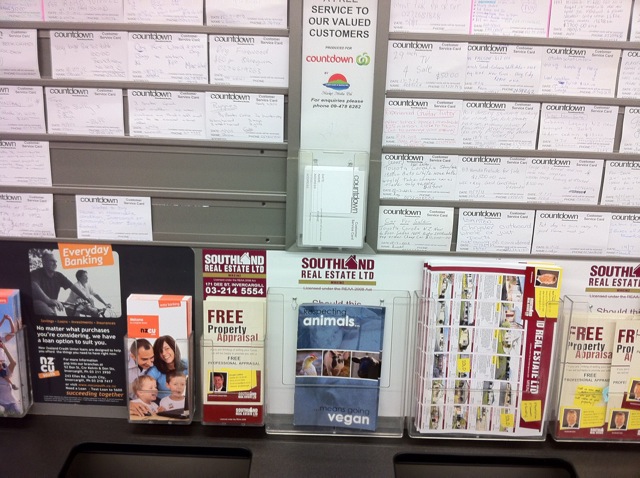 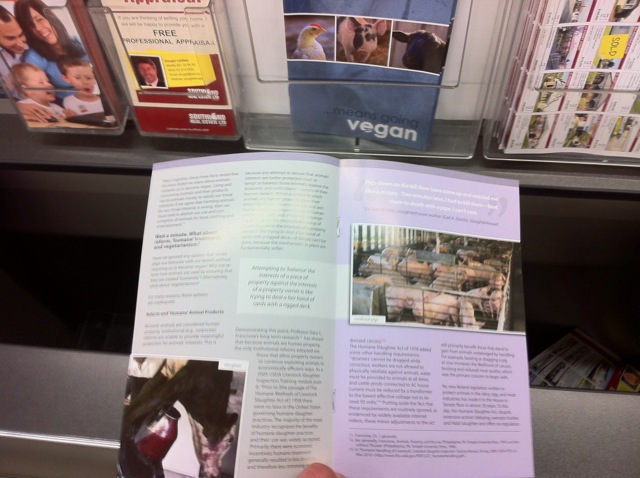 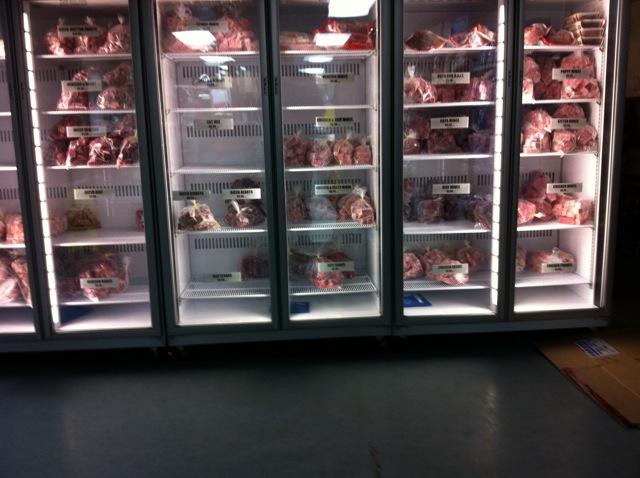 The "Pet Smart" petfood shop here in Invercargill, at the back there are refrigerators displaying different killed and chopped up animals, from "Diced Kidneys" and "Chicken Hearts" in the middle left, to "Venison" (killed Deer), Chickens bodies, "Chicken Frames" (their skeleton, cartilage, all thats left after slaughter really) and "Chickens Necks", which are, you guessed it, the necks of Chickens.

Somehow I doubt the "Kitten Mince" and "Puppy Mince" is made *FROM* Cats and Dogs though - I only wish the same were true for all the other poor animals killed and cut up, necks, hearts, skeletons and muscle all, for this ghoulish refrigerator, and other Non Vegan cat and dog food.


Speciesism in action, a Vet office where they collect for the SPCA, caring for abandoned cats (and dogs), sell magazines "for pet lovers", posed and photoshopped photos of cats and dogs for just 6 NZD (about 5 USD), and in between?  The feet and ears of murdered pigs, sold as "pet treats" 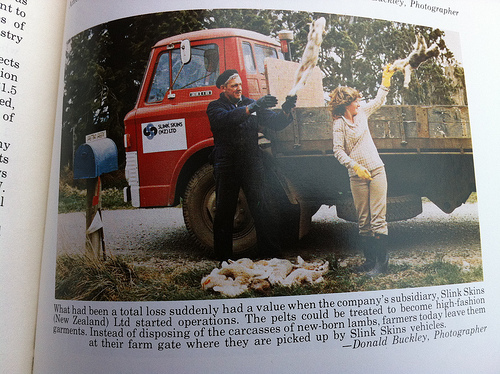 What had been a total loss suddenly had a value when the company's subsidiary, Slink Skins (New Zealand) LTD started operations.  The pelts could be treated to become high-fashion garments.  Instead of disposing of the carcasses of new-born lambs, farmers today leave them at their farm gate where they are picked up  ((ed. and apparently thrown)) by Slink Skins vehicles"

Heres to a Vegan World
Posted by JayWontdart at 9:16 PM