Meeting The Quakers, the Religious Society Of Friends


Having met a local Hare Krishna group who offer "Free Veg Food" and our Seventh Day Adventist friends who demonstrate great healthy Vegan recipes, why not meet the Quakers too? :-)

Quakers are often Vegan or Vegetarian.  While there were not any vegan Quakers at the meeting we attended, we had a great time learning how they feel about peace and non violence.


They believe in respect for everyone, their church as such as no strict beliefs, everyone is equal.  They helped with civil rights for African Americans, and have always believed that women are equal to men. How could you not like a group which calls itself "The Religious Society Of Friends"? :-) 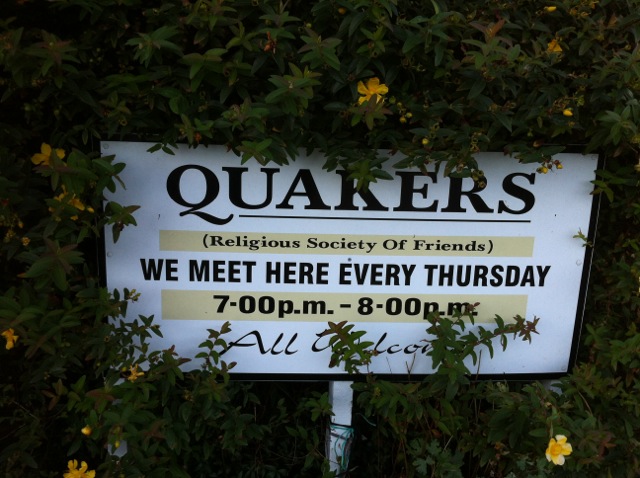 During a Quaker meeting, we all sat silently for an hour.  Meditating?  Praying?  Counting the threads in a rug and imagining everyone else would burst into the Harlem Shake?  It was nice to have a break from checking Facebook and planning animal rights campaigns :-)

I interviewed local Quaker Liz Miller about being a Quaker, and thanked her for not squashing a fly during the meeting :-)

I know Liz as "Dreamweaver", a childrens storyteller with incredible tale stitching abilities! 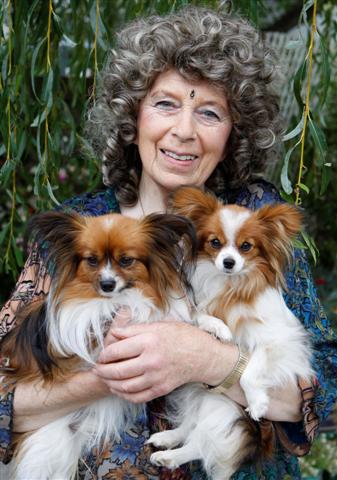 Liz, Cathy and my partner Jenny 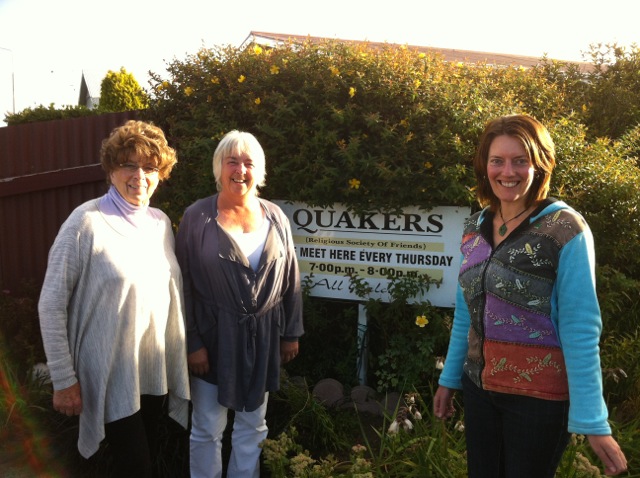 Liz loves the two dogs she cares for.  Her house has many great stickers and signs about looking after animals :-) 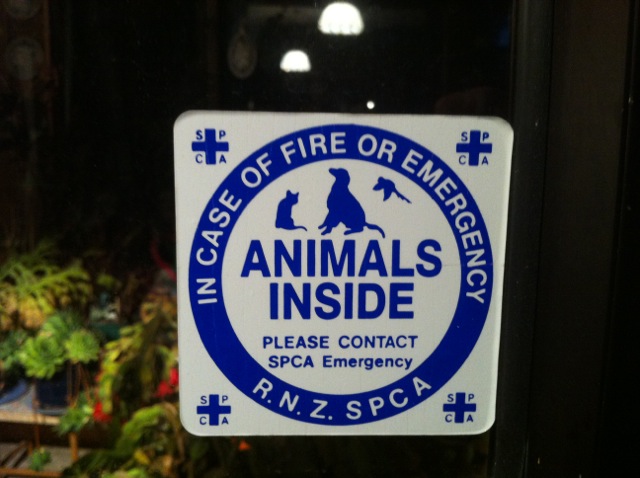 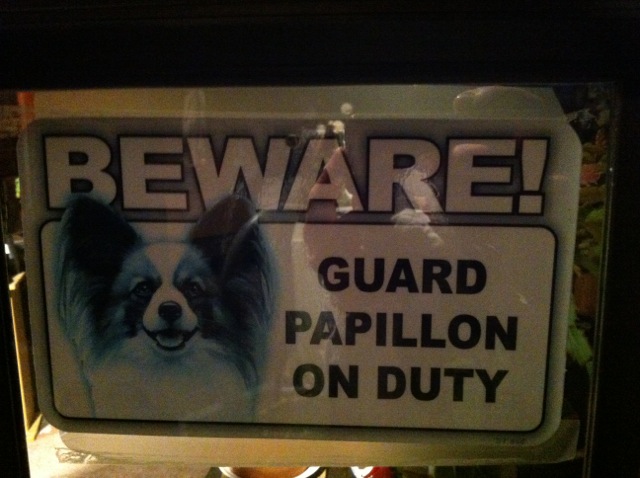 With a long history of promoting peace, and even running ambulance services during times of war, the Quakers are an interesting group!

Having met a local Hare Krishna group who offer "Free Veg Food" and our Seventh Day Adventist friends who demonstrate great healthy Vegan recipes, why not meet the Quakers too? :-)
Posted by JayWontdart at 10:58 PM