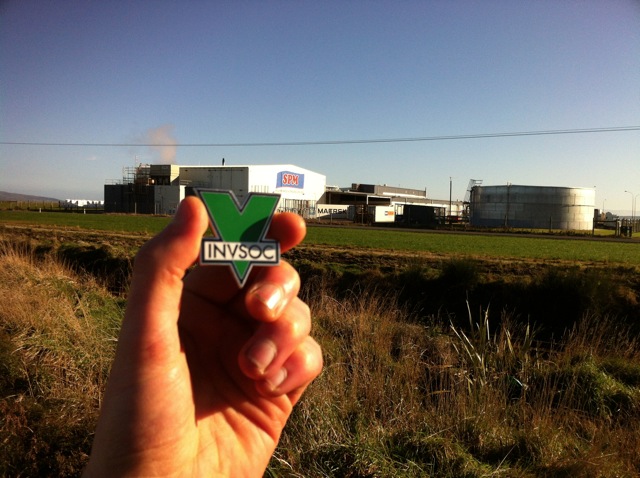 Local slaughterhouse South Pacific Meats has often been reported on in Southland media, for every offense under the sun.

This followed 18 of 20 sawmen at the same plant testing positive for cannabis about two months before that, Mr Davis said."

EIGHTEEN OUT OF TWENTY?!?!?

"South Pacific Meats has been ordered to pay a $30,000 fine for blocking union representatives from its Awarua plant."

" South Pacific Meats worker is recovering at Southland Hospital after his arm was nearly severed by a bandsaw early on Saturday morning.

The man's wife yesterday said her husband was heavily sedated after two surgeries to repair his arm."


I came across these photos on Facebook, taken and shared by one of the slaughterhouse workers, as they joke about with their friends on the job.  From "merely" showing throat slitting to alerting us of South Pacific Meats apparent segregated heterosexual/homosexual working quarters through the smearing of blood, its all part of a good days work.

As commenters mention, this is how "meat" is "made", as we "deconstruct" living, breathing, feeling animals.  Slaughterhouses are not places of respect, of caring for animals, regardless of what country they are located in, be they in the city of Invercargill, or Indonesia.


The flesh of those killed are not the only animals shrinkwrapped in plastic, you are what you produce! Photo shows sheep with their skin being removed.


Here we learn where the homosexual things are : 
"South Pacific Meats has appealed an Employment Relations Authority decision ordering it to pay $31,000 to a former employee.

The appeal hearing started before Judge Christina Inglis, in Invercargill yesterday and comes after the company, owned by Talley's Affco, was ordered in November to pay $31,000 to former halal slaughterman Sahizad Mohammed for breaching his workplace agreement."

(choice comment from a worker at a competing slaughterhouse:

"Well even though bsm doesn't do halal killing, at least we work for a company who rarely gets into trouble, who allows employees to wear iPods, pays better and not many ppl has cut themselves on the saw. Also bsm doesn't do random drug testing either, so overall bsm rules while spm sucks.")

My father was a slaughterhouse worker, he told me about when he was employed at "The Works" during the 1980's, they had a sort of turntable setup for the Halal slaughter area, where animals were put on, and "there was a nail in the right spot, to stop it spinning with the animals head facing the right way, so when they were killed, their soul would go up to heaven".  Souls are known for flying straight, "as the soul flies" you see.  I was told that every now and then, a Halal inspector would check the final resting place as it were of the turntable, to see it was at the right angle pointing towards heaven.  Sounds an odd story, if true.

Photos of the blood trough during throat slitting, contains blood.

A worker poses with a cut off sheep's head on top of his own.

Apparently this looks like a good job to one (potentially sarcastic) commenter.  Contains blood

Removing skin with wool, which will be sold as a "pelt", similar to "fur", skin with the hair (wool ) on.  This is partly why Vegans do not wear the wool (fur) of Other Animals.  We also avoid animals wool because its outright disrespectful, it can never be "shorn" nicely.

Coexisting With Nonhuman Animals : "Nothing Natural, Normal or Kind about Wool"

One of the oddest images (and thats saying something) is this 1.5 litre soda container, apparently filled with the blood of sheep. (obviously contains blood). We're told that the slaughterhouse worker has it at home (its shown in a kitchen), in his freezer, "ready to catch me a shark".

I would have thought that was some kind of joke, that it was going to be used to upset a victim in a Carrie-ish stunt, but perhaps not, another friend of the worker has photos of himself with a shark, killed while on a "fishing" vessel


Do you ever get the feeling that its all a bit too much, that *surely* all these accidents and abuses wouldnt happen in a *tofu* factory?  All the "welfare improvements" - for both those being killed and the staff, these same horrendous incidents will always be with us.  Reading industry books about local Southland slaughterhouses, from day one theres been bomb threats and union strikes (when they're not being forced out of the abattoirs by management, like at "South Pacific Meats"), sheep set loose in the streets of Invercargill and then KILLED as the media cameras recorded by farmers in protest that they werent being killed fast enough for the farmers liking.....

Its a fundamentally bad system, no matter "how much lipstick you put on a pig" (to use a perhaps speciesist phrase), you're always going to end up with a crazy ass candidate for the Republican Vice Presidential nominee! :-)


One of the slaughterhouse workers actually handcuffed his partner to the oven, to cook him Non Vegan pancakes (from a bottle), described by one worker as "she know her place" and the boyfriend as "She didnt have a choice I handcuffed her 2 the oven" As the slaughterhouse worker states, "....do you eat meat?....harden up....I fail to see how this is horrible, its food".

The Southland Times "Farmers Take a Peek Behind The Scenes"

"Southland farmers watched as their sheep were turned into steaks, shanks and chops at a South Pacific Meats open day this week.

South Pacific Meats South Island livestock manager Keith Hamill said the company put its Invercargill plant on display to show farmers exactly what happened to stock when it left their pastures and headed into the meatworks.

He expected about 150 people to take part in the open day tours, which moved through the plant, from the slaughterhouse to the marketing department.

"They go basically from where they deliver their stock right through and see the whole process," he said.

If they could stomach it after the tour, visitors were also treated to a taste of the end product with a barbecue lunch.

Open days were a simple method of connecting with farmers and keeping them informed about the company, he said.

"It's just an easy way to communicate with the people we deal with."

A similar event was held two years ago and had been popular, so the company had decided to repeat it. Slopedown sheep farmer Andrew Eason took the tour yesterday morning and thought it was interesting to see how things unfolded behind the scenes at the plant.

"It was so quick from the animal being alive to being cut up for meat," he said.


Vegans do not identify these atrocities as "food", its not respectful for Other Animals.  THIS is what *we* call food! :-) 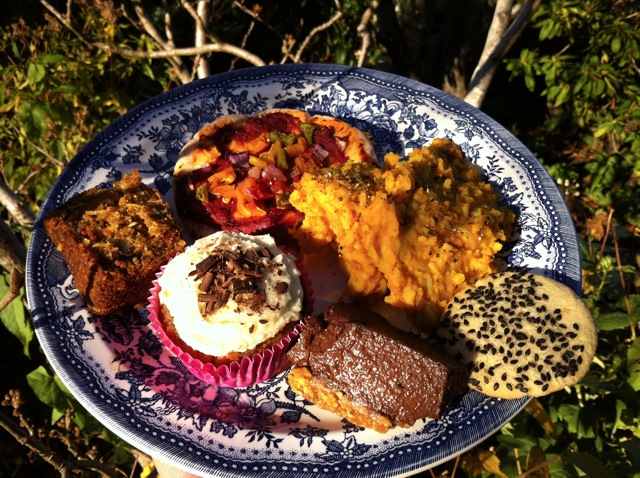 We love and respect Other Animals, our friends.


If you would like to learn more about these issues, please visit the Invercargill Vegan Society webpage about Southlands History of "Animal Agriculture".

Professor Roger Yates has a fantastic article about what goes on and always will go on inside the slaughterhouse walls.

"In the 1980s I took part in an impromptu “inspection” of a “chicken processing plant” in Yorkshire, England. A group of animal advocates effectively stormed the place to “have a look around.” We found the chicken plant workers putting glue in chickens’ eyes and supergluing chickens to wooden posts and using them as cricket bats. Sociologically, along with impoverished immigrant workers, the men committing these rights violations were the lads and the macho lads.


Many animal advocates will have seen the numerous videos showing slaughterhouse employees, circus workers, and “farm hands” using other animals as baseballs, or stomping on small animals, or attacking large animals with sticks, prods, and iron bars. Some videos expose workers sexually abusing animals, or pushing or dragging “downed” animals to their deaths. Most likely, along with impoverished immigrant workers, these rights violations will also have been committed by lads and macho lads.

In the steel works and the car plant, the first thing that happened when managers or anyone else imposed new rules and regulations, was the finding of ways of getting around them. New rules were not adhered to as much as circumvented. There is a lot of sociology about what is supposed to happen in work locations as opposed to what actually goes on. Cinemas are supposed to be regularly inspected by the local fire chief. When I was a projectionist, these inspections were few and far between and we always knew the fire chief was about because phone calls were made as he made his rounds. If he did happen to turn up with no warning, he was taken for a nice cup of tea while we cleared away all the things that were not supposed to be there. Fire chief inspections were a form of monitoring but they meant little in practice."