Nice Dragonfly in my hand VIDEO

I love Dragonflies, perhaps the strongest flyers in the whole animal kingdom. 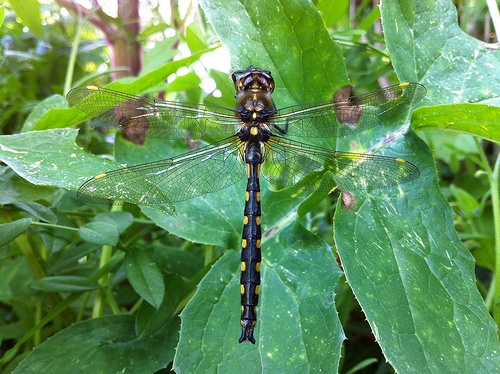 I found this nice Dragonfly cold, as their body temperature drops, they cannot fly.  They were holding onto a shady weed, waiting for the morning sun around 6:30PM at night.

Moving them into the sun, I broke off the leaf they held, to avoid hurting them (they moved to my hand), as they beat their wings, warming up, they were able to fly again with aid of the sun :-)


Did you know each Dragonflies wings are independent?  In other words, they are not directly linked, its not a matter of "flap up/flap down" at the same time, they can move any wing as much or as little as they choose, at any angle or direction, resulting in extremely high aerial agility :-)

You can see them warming up each wing at the start of this video, each wing was vibrating by itself (with a noise a little like a rustling plastic bag in the wind, a thin plastic film shaking sound) 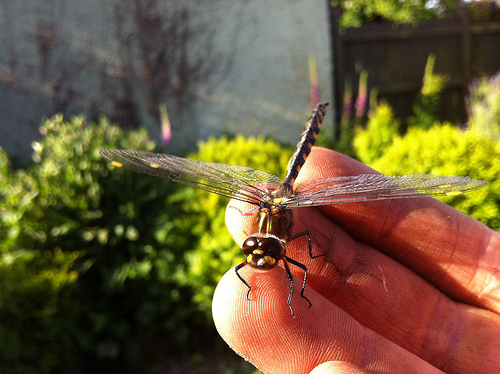